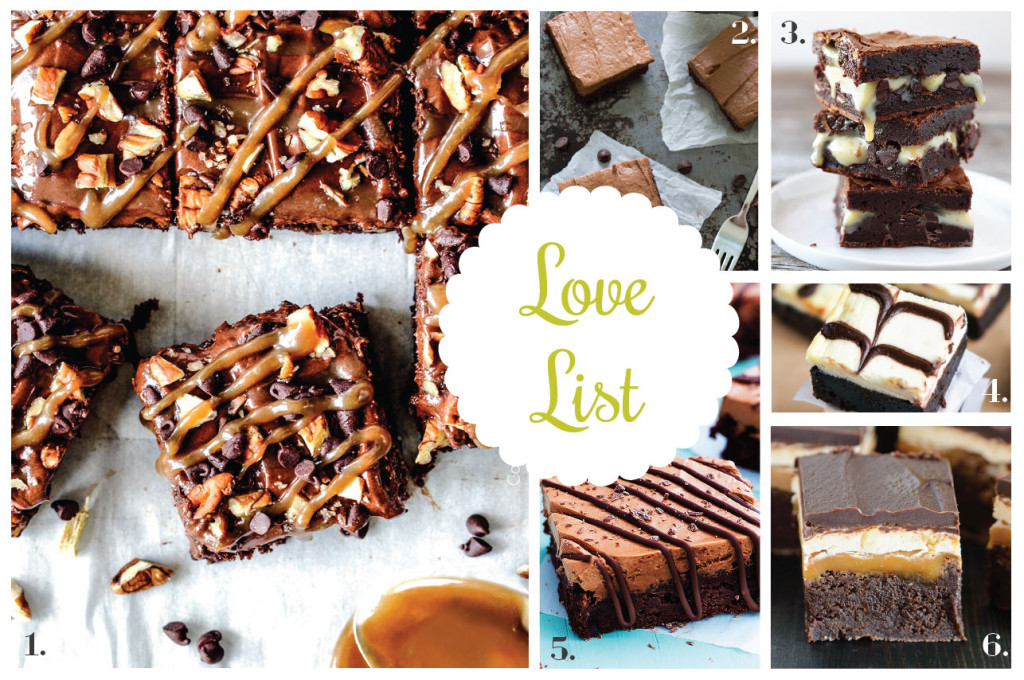 Last year I took a baking class at the Institute of Culinary Education (ICE) here in NYC. One of the recipes we had to make was for rich, fudgey, chocolate brownies. They were seriously some of the best brownies I have ever made and tried. Whenever I want to make a new brownie recipe I use that simple recipe I learned as a base and add in any fixings I’m craving at the time.

Once you have a basic brownie recipe down it really is up to your imagination for where you want to take it! Check out the below recipes for some creative and delicious brownie ideas.

6. Snickers Brownies, Bakes by an Introvert