Posted at 14:51h in Drinks, Recipe by Justine 0 Comments
Share 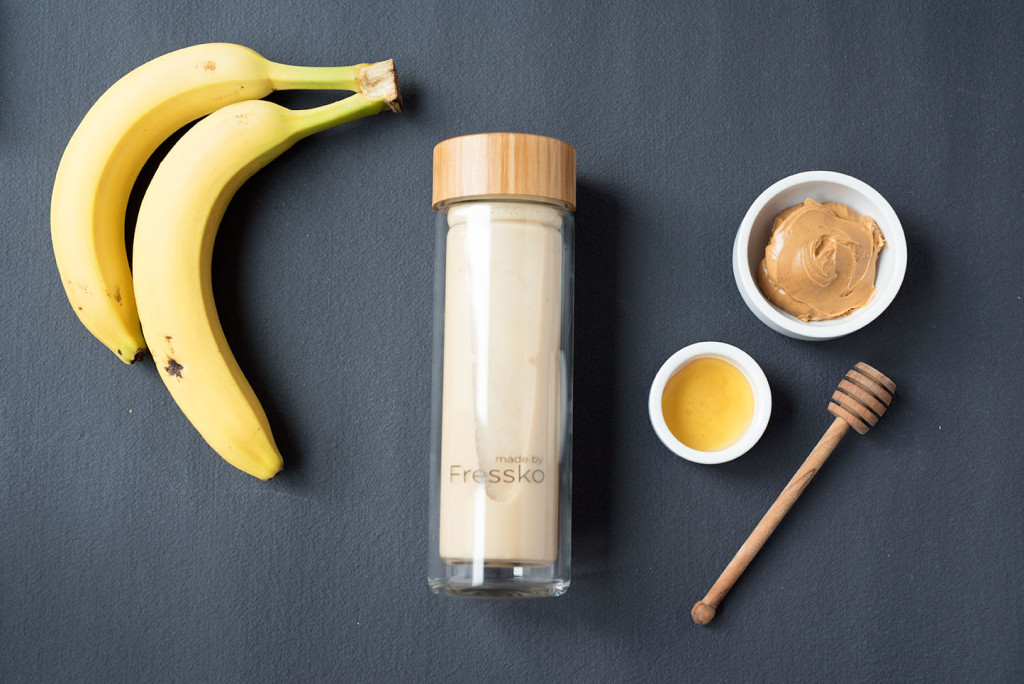 This past summer I was introduced to a new juice place by my office by one of my coworkers. It’s called Juice Generation. I’ve never been hugely into “juicing” or any juice cleanse so I was so-so about trying it at first. Until I discovered that in addition to their juices, they also carry smoothies and a ton of other healthy menu items like acai bowls.

One smoothie that caught my eye was their Peanut Butter Split Smoothie. I have a never ending sweet tooth and that looked like that most “dessert” sounding smoothie they had so there was no question that was what I would be trying. After that first sip, I was hooked. The smoothie is also packed with protein making it quite filling!

I’ve definitely stopped by the place one too many times on my way to work and picked up the Peanut Butter Split for breakfast. I decided to give it a try and recreate it at home. The recipe is pretty simple and only requires that you have a blender. I like to freeze the almond milk into ice cubes so that the smoothie is cold however, if you didn’t have time to make ice cubes from the milk then just toss the smoothie in the freezer for a few minutes to chill.

Hope you enjoy it as much as I do!

This past summer I was introduced to a new juice place by my office by one of my coworkers. It's called Juice Generation. I've …